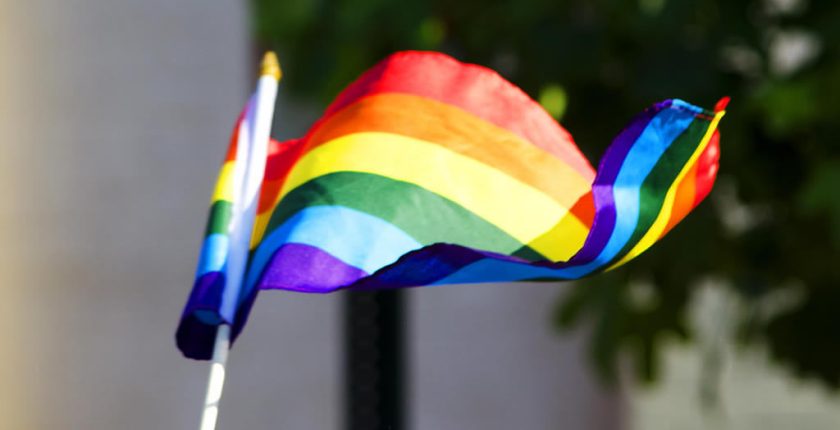 The 17th of May is recognised as the international day against homophobia and transphobia across the world. We are celebrating it by sitting down and asking Arjan ten Brinke a few questions, one of our passionate and excellent recruiters, who is also Head of Marketing. He shares and opens up about his experiences and feelings about being homosexual in the Netherlands, and in his office workspace. It elucidates what it is to be part of the LGBTQ+ community in today’s world and how we as companies, or fellow employees, can be of service to better include the LGBTQ+ community within the workplace, or even outside of it.

Here goes the short interview with Arjan, hope you enjoy the read:

How does it feel to be the only gay person in the office?

It can be difficult! Not so much the being gay part, but the interests that come along with it. Like soccer, I don’t care much for it and for most people here, it’s quite a big thing. For things that I’m interested in, the rest wouldn’t bat an eye. So it can be lonely at times. But it can also be quite empowering, because whatever you do, you are always doing it yourself, being yourself. You’re really building on your own skills, rather than having this sort of “macho” culture, where you’re one of the boys and you help each other, constantly seeking recognition or approval. If at one point, no one’s around, who can you fall back on then? If you don’t have the power to do things yourself, then it can get complicated.

Have you been treated any differently than what you would expect from your co-workers?

Not really, but the answer to this question is a bit of a ‘contradictio in terminis’. I don’t want to be treated in a particular way, but that doesn’t take away the fact that I am different to most people and that they should watch what they say. That doesn’t work in every situation, there needs to be a balance between them. For instance, I’ve had multiple confrontations in the past where someone would use the word gay as in “oh, that’s so gay!” and I flipped. That’s one of those things that I severely dislike! And that is where it gets tricky. You should treat everyone the same, while also keeping a certain level of respect and political correctness in mind.

Have you found yourself in any awkward situations at work or at school?

Here at Tech Rise, no! But I’ve had gay supervisors and instructors in the past. It made me try to conform to a certain image, which was ridiculous of course. I just wanted them to like me based on our common ground, not in any special or specific way, but more to be recognized by them. There was a common ground since we were both gay, but that common ground shouldn’t have been a reason to build a relationship around, be it work or friendly relations. This led to awkward situations, ones that didn’t result in anything in the end.

Do you ever feel that your sexuality stops you from doing anything?

One of the things which can be difficult is that if you try to become friends with straight guys, they often think that you’re into them or are trying something. I’m not saying that that happens that much, but to me, it does sometimes feel like a bit of a barrier to trying to make friends. When I go out this can also be the case. I’m not even going to try anything because I don’t want to come off as ‘weird’. I mean, when I’m in a bar and I see someone I might be into, statistically speaking, 9 out of 10 times they’ll be straight. In that sense, I guess it does have an impact on my day to day life. Having said that though, I also try to not think about it too much.

How would you usually react to homophobic comments?

I can be quite explosive! It really depends on who says it and how they say it. If it’s with good friends that I know well, and there’s a certain intonation that they’re pushing, then it’s ‘fine’. I know them and I know their intentions. It’s all about the balance. I’ve also had it that colleagues or classmates, who don’t know me that well, used it in a setting which I perceived as unnecessary. Those occurrences don’t feel like a personal attack on me, but using gays to emphasise a point of behaviour was uncalled for. It mirrors underlining sensitivities or lack thereof. Even if people don’t mean anything by it, it begs the question: ‘Why did you say it then?’ And ‘I don’t know’ or ‘Just because’ are not sufficient enough answers.

Should someone’s sexuality be disclosed during a job interview?

No, because I think it shouldn’t have any repercussions. It shouldn’t have any effect on getting the job or not, it should definitely be more about quality. There are other elements to take into consideration though which are not specifically focused on being gay or trans. Is it a cultural fit for example? If you have an office full of macho guys for instance, is someone who is gay or trans going to fit in? Let it depend on the person’s qualities, not their sexuality. There is more to a person than their sexuality, and there’s more to a job than the team. I think it’s important to meet face-to-face in the process, for people to see each other and to see if there is a certain synergy. Candidates can see the office, meet the team and get a feel for the company. If they don’t feel safe and welcome, their sexuality is the least of your problems. And even if someone does decide to disclose it, it still shouldn’t have any effect on the process.

You’ve travelled to many different places across the world, how does the Netherlands compare in terms of inclusivity of the LGBTQ+ community?

I have the feeling, that the more liberal the place is, the more hate there is as well. If you take Amsterdam, for example, supposedly one of the most liberal cities on this planet. You can be anything, do anything, be anyone you want in Amsterdam. The flip side to that is that there’s is more to ‘make fun of’. People call you names for walking hand in hand or dressing differently, and then people still claim to be as inclusive as anything.

My personal experience in this is no different. When I date, I ignore the names people call me when we walk hand in hand and ignore the disgusted looks people give me. Of course, you also see people that smile at us for just doing it. Not that everyone should be smiling at us for doing it, it should just be normal. I shouldn’t have to think about it.

I grew up in the east of the Netherlands, which is more conservative, and I sometimes wonder if it wouldn’t be easier to live there. Sure, people might disagree with your life choices, but they’re less likely to be vocal about it, at least in public. It’s just live and let live.

More liberal doesn’t always mean more safety. It feels like people tend to believe that bigger cities, like Amsterdam or Paris (where I’ve had negative encounters), tend to be safer LGBTQ+ places, but it doesn’t feel like it to me. Just more room for confrontation.

Maybe it’s a cultural thing as well. In Australia, where it’s more of a “laissez-faire”, they also don’t seem to care as much. People are more laid back. Even though the country as a whole is more conservative, in general, in my experience, they don’t really care and they just let you do your thing. Or Bali for example it seemed, for me at least, to be an LGBTQ+ safe space. But that’s from a perspective of a westerner. I lived there like a king, but I wouldn’t know what it’s like for the locals.

What can businesses or fellow co-workers do to support LGBTQ+ employees?

The biggest thing is just to be open to it, and not be reluctant towards it. We are just people at the end of the day, it’s nothing weird, nothing special and no different. They should, if anything else, be supportive. If you don’t understand, ask. Most of us are happy to educate others on whatever they have questions about. Start the conversation, be inclusive, open-minded, curious even, and let’s eradicate prejudices. Make sure everyone feels seen and do your best to understand each other because, at the end of the day, this is also good for business.

All in all, there is still a very long way to go for all of us to fully incorporate and include the LGBTQ+ community. To make them feel more welcome and on the same level as all of us in terms of acknowledgement and respect. Screaming that you are LGBTQ+ friendly doesn’t necessarily mean that you are, you have to show for it! Take the time to prepare yourselves, beware of what you can or can not say. Even though it is a process, all companies and employees engaged in making the workplace inclusive for all, are making a big difference. Keep it up!